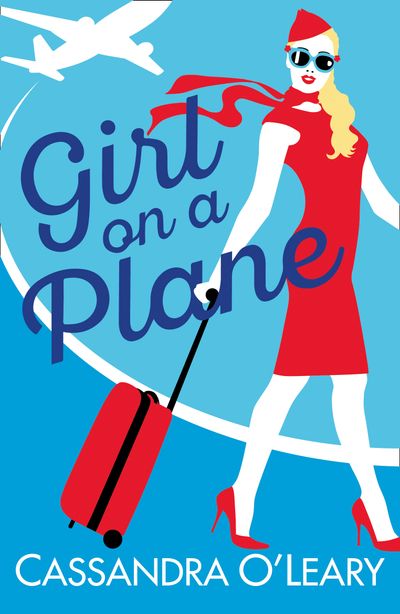 Girl on a Plane

Take flight with the sexiest summer read for 2022. Is the journey to love smooth sailing or will there be some turbulence along the way…

*For fans of Samantha Young’s Fight or Flight, Ali Hazelwood’s The Love Hypothesis and Christina Lauren’s The Honeymooners*

Welcome on board and get ready for take off…

When feisty Irish flight attendant Sinead Kennealy locks eyes with sexy Australian CEO Gabriel Anderson in First Class, sparks fly. But as they jet across the globe from Melbourne to London, it’s clear that they’re in for a turbulent journey . . .

Stressed-out Gabriel doesn’t do relationships. And Sinead isn’t about to be fooled by another bad boy after escaping her stalker ex. Then a storm hits, causing the plane to land unexpectedly, and Sinead and Gabriel are thrown together in Singapore.

The pressure rises as Sinead’s unhappy past threatens to catch up with her. But might Gabriel be the one to heal her heartbreak? If he could open up about his troubling secrets, maybe a relationship could actually get off the ground. Fasten your seatbelts – this WON’T be a smooth ride . . .

See what readers are saying about Girl on a Plane

”'A flight delay has never been so sexy! In Girl on a Plane, O’Leary has created a feisty heroine, a hot hero and a story that takes us on an international adventure from London to Melbourne and all stops in between. Prepare to laugh - and cry - as you read this charming romance.” - Victoria Purman

”'Girl on a Plane is a charming debut that has everything I love about romance - sizzling chemistry, real-life emotion and a swoon-worthy happily ever after. I highly recommend it!” - Stefanie London

‘Fasten your seat belts . . . Girl on a Plane is a charming debut that’s sure to fly high.’Amy Andrews -