Being an editor and author

There are a LOT of characters roaming around inside my head. Some good, some bad, some murderous, some loveable. There’s even some loveable murderers in the mix at times. Working as a commissioning editor, I spend my days wrapped up in the fascinating world of other writers’ novels – from Sunday Times bestsellers to debut authors, from chilling crime thrillers to heart-warming rom-coms, advising writers on how best to make their books stand out in a crowded marketplace. In the evenings, though, I write my own books – hence, there are a lot of fictional people taking up space in my brain, and it’s my job to keep them all as separate as I can.

A couple of years ago, I made the somewhat foolhardy decision to give writing my own books a go, and to my delight, my first novel was published in September. It’s been a really interesting experience, because in my role as an editor I work very closely on between fifteen to twenty authors’ manuscripts, taking them through the editorial process from acquisition to production – which basically means buying them from literary agents, editing them along with the author to make sure the books are in the best shape possible, then sending them to be printed and/or sold online. Seeing the process from the other side of things was a real eye-opener, and I have more sympathy for author anxiety for sure! I absolutely love my job, I feel very lucky to do it and there’s nothing quite like the feeling of seeing a finished copy of a book you first bought as a submission – it never gets old.  However, working full-time as an editor can be difficult when trying to balance it with writing, as there are a number of pitfalls I have to avoid.

Firstly, I need to make sure I don’t copy anyone else’s work.

Reading other writers’ work all the time does inevitably mean you get to know their style very well, and one of the crucial things in writing is developing your own style. Of course, within genres there will be certain things a reader might expect from your novel, but your actual style is what makes it your own. I have some authors who write in more flowery prose, other that use short, sharp sentences – both impactful, but in different ways. Personally, I think my style is somewhere in between – I tend to over-write and then cut it down during the first edit (they do say you have to kill your darlings, and in commercial fiction, it really is true!)

I also need to ensure I have the creative headspace to work on several books at once. If I’ve been working very closely on an edit, I have to make sure I clear my head properly before starting to write my own stuff – this might just be taking a longer route home, or listening to a podcast – something to form a barrier between another writer’s world and my own. Stepping metaphorically from one book to another is fun, but it’s also a challenge – and to do a good job on multiple projects, you do need to take a breather in between.

In spite of the pitfalls, working as an editor gives me some advantages as an author. For starters, I know how the publishing process works – which is something I think can be hugely daunting to debut authors. Publishing can so often seem like a scary closed castle and I really want to change that – I write a blog in which I try to shed light on parts of the industry which people might find confusing – the submission process, how book deals actually work, etc. As a writer then, I knew what to expect when my first book came out – not that that stopped the nerves! When I first learned The Doll House would be published, I actually thought I wouldn’t get nervous because I knew what would happen next, I understood each stage of the process and I was realistic about how many copies my book might sell. However, come publication day it was a different story entirely – I could barely sleep the night before, and I probably checked my Amazon ranking approximately twice a minute until I realised that was bad for my health. (Now I check once a minute).

I think as an editor, I also have a clearer idea about how the market works.

The market is a term that’s bandied around a lot and it is something that’s ever-changing, but there are certain things to look out for and us editors like to think we can sense when a trend is on the up or wane. When I write, I always keep my readers in mind, and think of the bigger picture – I want my books to appeal to the many, not the few, and that stays foremost as I carve out my storyline. Keeping the market and your readers in mind is no bad thing – it just means that you understand who your book should be appealing to, and that you’re thinking of the long term, not just the words in front of you at any given time.

Balancing two jobs can be a challenge, but it’s a very rewarding challenge and I wouldn’t change it for the world. If you want to become a writer, spend time developing your style, then think about what kind of book you want to write and where you see that book fitting in the market. Those are all things I encourage my list of authors to do and they will make your proposition much more attractive to a literary agent, who can then begin to open doors for you. Good luck!

Avon Books Christmas Guide It’s that time of the year again! Christmas is just a few weeks away and we couldn’t be more excited! As wonderful as it is with the endless parties, mountains of mince pies and gallons of mulled wine, it’s also a very busy season and there’s… Read More 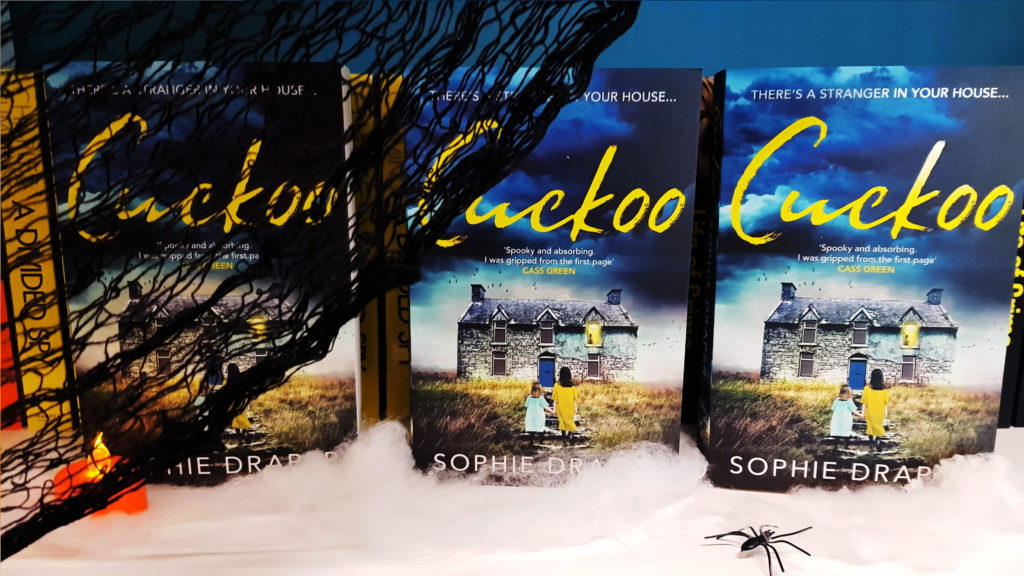 Our Halloween Story for Cuckoo

Yesterday we finally revealed Cuckoo by Sophie Draper, then spent the day eating Halloween treats and asking all of our colleagues to help us create a spooky story by contributing just one line. The first line was supplied by author Sophie Draper, but the story took a while to really… Read More

A Day in the Life of a Publicity Manager

Hi everyone, Quick introduction – my name is Sabah and I look after all the publicity here at Avon Books. Publicity is something that people tend to get mixed up with marketing and events but the roles are very similar and there is a lot of crossover so I work… Read More